Our work as PDF 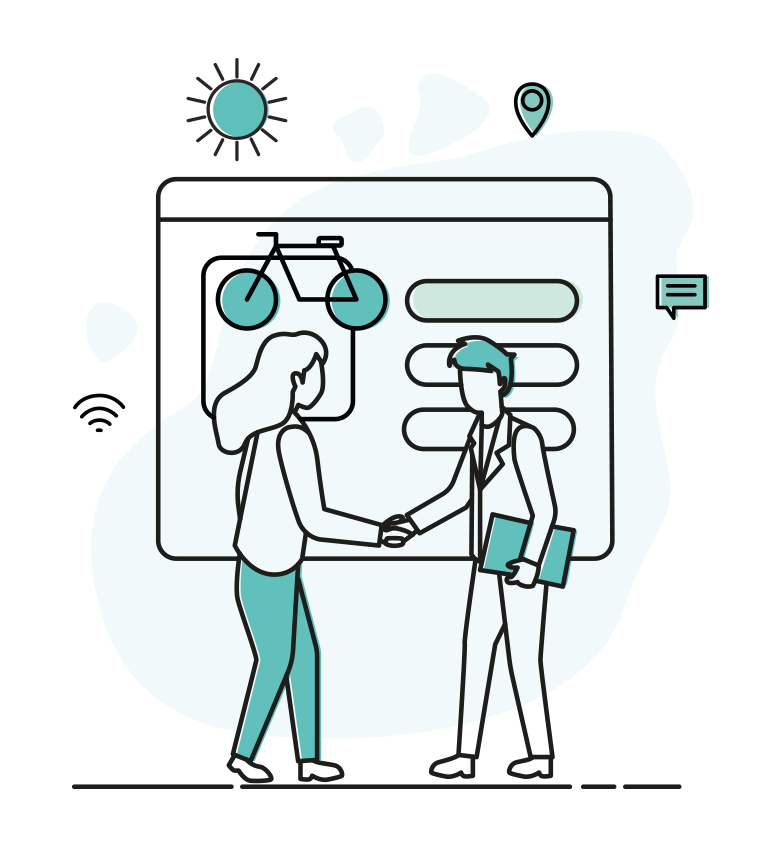 What can be found over here?

PlaMES is a research project and has promised to share internal milestones with the public.

The documents may also be found on our CORDIS Page, but may not be updated as timely as you find them over here.

The content of the publications reflects only the authors’ views. The Innovation and Networks Executive Agency (INEA) is not responsible for any use that may be made of the information it contains.
1D2.1. Definition of common scenario framework, data/modelling requirements and use cases
This deliverable outlines the general scenario framework, which will be used for the investigations within PlaMES. Therefore, use cases are identified on which the project will be based on. Modelling requirements are derived from the use cases. Furthermore, necessary data to model the use cases is described and potential scenario assumptions are listed. PlaMES will focus on two use cases, one Central and one Decentral use case. The output of the use cases will be an optimised energy system achieving the climate goals, while including integrated system costs for planning and operation of generation technologies, electricity grid infrastructure and coupled multi-energy sectors. The Central use case aims to plan the Central Energy System, considering the commodities electricity, gas, heat and mobility. In an integrated expansion approach, generation capacity expansion will be combined with grid expansion. The main target of this optimisation problem is to generate a cost efficient energy system which is compliant with GHG emission (GHG) targets. Results of the first use case will be the planned expansion capacities per grid node and the electrical transmission grid, which is necessary to ensure security of supply. The Decentral use case will focus on the necessary expansion planning with focus on the Decentral Energy System. Therefore, renewable energy sources and other assets are located in a real distribution grid and an operational planning of this distribution grid is performed on basis of various coordination-mechanisms to minimise Decentral system costs. A distribution network expansion planning is performed to identify optimal grid expansion measures. The data requirements and scenario frameworks to model the two use cases are listed in a table with explanations and possible data sources. Download (PDF): Deliverable 2.1
2D2.2 Mathematical formulation of the model
The general objective of PlaMES is the development of an integrated planning tool for multi-energy systems on a European scale considering the expansion of generation and storage technologies as well as related infrastructure in an integrated manner. Disruptive structural developments are necessary to deliver to the European Union’s COP21 commitments, as defined by the "Clean Energy for All Europeans" package . Specific targets and measures are identified for the energy performance in buildings, renewable energy, energy efficiency, governance and the market designs that envisage an increased cross-border cooperation and mobilisation of public and private investment. Providing European energy system planners with the means to develop eficient strategies to reach these goals is however associated with significant challenges. In the following, a mathematical and functional formulation of the PlaMES tools is outlined and developed. Not neglecting the intention of an integrated planning, several tools are developed that cater to the individual needs of planning approaches in generation, transmission and distribution infrastructure expansion planning. The core of each tool is a mathematical model which is described with its ownnomenclature. As opposed to amonolithic model formulation, decomposing the problem benefits applicability as well as solvability. The decomposition approach follows functionality with diferent planning aspects in focus. As a result each tool can be run separately, nevertheless, every tool is needed to get a comprehensive understanding. Download (PDF): Deliverable 2.2
3D2.3. Analysis of problem structure and first concept of decomposition approach
This deliverable describes the main algorithmic tools that will be developed within the project PlaMES to solve the two centralized optimization problems, namely the Central Energy System (CES) problem, which allows planning the necessary generation expansion in the centralised energy system and the Transmission Expansion Planning (TEP) problem, which allows for a detailed expansion planning of the electrical transmission grid, considering the allocation of generation units and their dispatch provided by CES. These modules have to be optimized in coordination with the ther tools that will be considered within PlaMES, i.e., the Decentral Energy System Aggregation (DESA), the Decentral Energy System Disaggregation (DESD), the Decentral Energy SystemOperation (DESOP), and the DistributionNetwork Expansion Planning (DNEP). These four tools, that are defined at a decentralized level,may be object of further evaluation based on the outcomesof the first implementations of (decentral) models and the size of instances to be solved. This document, based on the decomposition approach and mathematical models presented in Deliverable D2.2, is organized as follows. Chapter 1 recaps the general structure of the PlaMES framework and identifies the two optimization problems that are addressed. For the sake of completeness, these two problems will be addressed in two separate chapters. In particular, Chapter 2 reports a short description of problem CES, the main assumptions in modelling the problem, and the proposed mathematical formulation. Similarly, Chapter 3 gives the same information for problem TEP. Chapter 4 shows an analysis on the main characteristics of the models and gives a sketch of a possible solution approach based on Benders decomposition. Finally, Chapter 5 draws someconclusions and mentions relevant issues to be considered during the implementation of the algorithms, that will be part of WP4 “Development of solution methods”. Download (PDF): Deliverable 2.3
4D3.1. Description of workflow coordination
This documentdescribes the workflow and data managemen of the tools developed in WorkPackage3 (WP3) of thePlaMES project. Since WP3 mainly comprises the tools dealing with mathematical optimization problems (described in Deliverable 2.2), this is also the focus of this deliverable. The final PlaMES tool architecture will consist of a range of additional tools and submodules which are in development or will be developed at later stages. Nevertheless, provided information may be useful with later developments, e.g. external data exchange interfaces, additional tool integration, or as an inspiration for developments outside the projects’ context. Download (PDF): Deliverable 3.1